We can definitely say there are chicks in the nest box. We’ve seen them exercising their wings but haven’t had a full on view. My trail cam had some battery issues so I didn’t pick up any decent footage. However we ‘ve had some good sightings of the parents. This is quite a poor photo I got with the pocket camera. 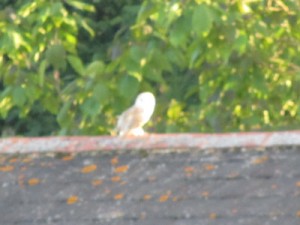 We also don’t want to disturb them too much. They are in a typical delapidated barn situation so we have to be quite careful getting close anyway and have decided its probably better to look from a safe distance. I have dissected one of the owl pellets I found under the nest box. Here’s a photo of the contents. I think its mainly voles and mice as you would expect. 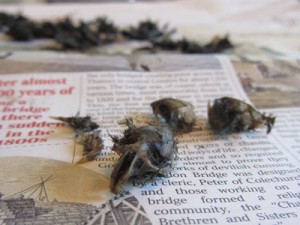 I will try to keep you updated on the barn owl family whilst trying not to disturb them too much .