This weekend we did a bird count in the garden for the RSPB Big Garden Birdwatch. 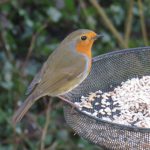 On Saturday morning the weather was dry and warmer than it has been lately with some sunshine. We had our normal feeder out with peanuts, sunflower seeds, sunflower hearts, fat balls and meal worms.  It got very busy at one point and so I got the camera out and focussed it on the sunflower hearts and mealworms in the grille tray which seemed to be the most popular. The robin was being very territorial fighting off another robin which had come to investigate. The most aggressive though were the marsh tits fighting off anyone who would come near the nuts. The nuthatches loved the sunflower hearts and managed to take several seeds at once before flying off back into the woods. 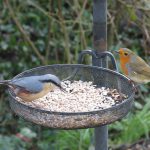 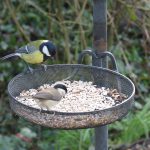 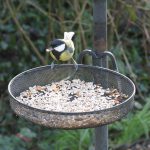 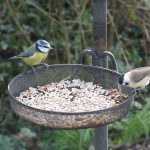 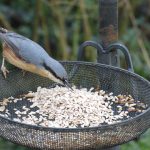 Our count was as follows: