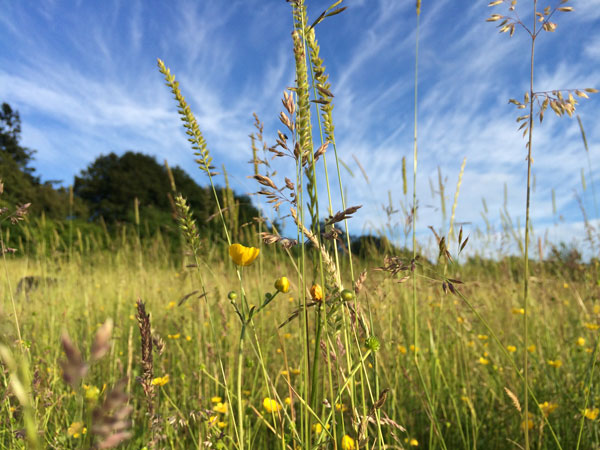 It’s astonishing how quickly wild flowers can take hold if they are given the right conditions to flourish. This is certainly true of the open pasture at Home Farm in Burkham near Alton, Hampshire.

The 300 acre site was purchased by the Woodland Trust in the early 1990s and has since been planted with thousands of broad leaved trees such as oak, ash, beech, cherry and field maple interspersed with hedgerows and pastures. 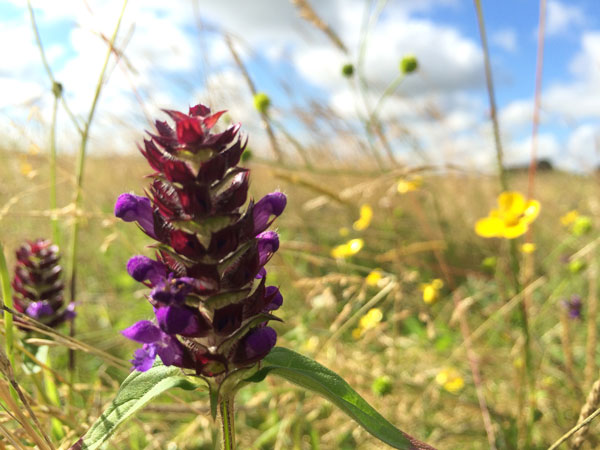 A large portion of the site was originally planned to become a domestic landfill site but with the help of a substantial donation from Lord Sainsbury, the Woodland Trust was able to purchase it and manage the land to the benefit of visitors, landscape and wildlife.

Now, more than twenty years since the Woodland Trust first took ownership and following their effective land management plan the site is full of life and a delight to visit. 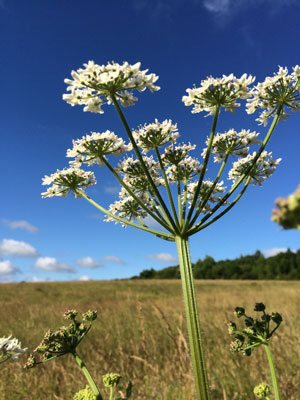 A walk following the mown paths across the meadow in June or July displays the beautiful diversity of grasses and wildflowers. Skylarks have taken hold in the meadow and along with the yellowhammers provide a constant soundtrack to a visit. 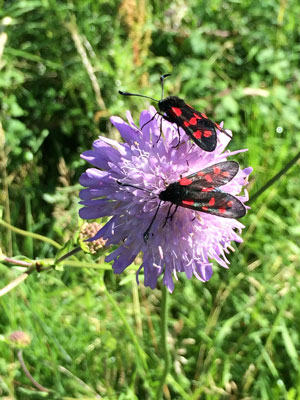 This morning I wanted to linger in my walk as there were butterflies everywhere, basking in the early sunshine. Marbled whites seem to do very well here and particularly favour the field scabious at the meadow edges. 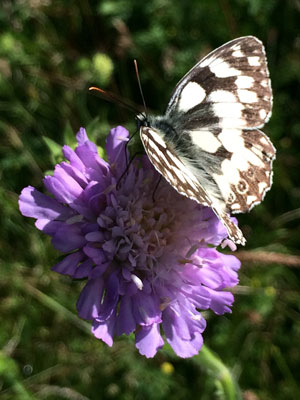 The Woodland Trust have done a fantastic job with Home Farm and should be commended on creating a beautiful place to visit as well as a developing habitat for a variety of wildlife.