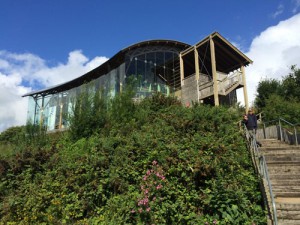 In the last two days while on holiday in Wales I have visited Teifi-Marshes nature reserve twice and have enjoyed both visits thoroughly. It’s the home of the Welsh Wildlife Centre near Cardigan. The variety of wildlife is great; it has  a mix of woodland, river and coastal birds and animals. 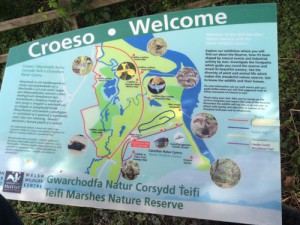 The first and very best animal I saw there was the lightning blue kingfisher, which was perched only two or so meters from the hide where I was sitting. 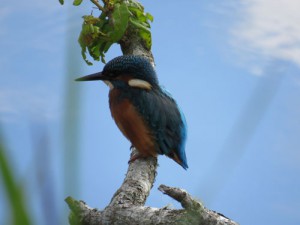 This photo was the best of the many I took but even still it’s a little dark and there are reeds in the way. But still it’s not a bad shot especially when I’m getting used to my new camera. 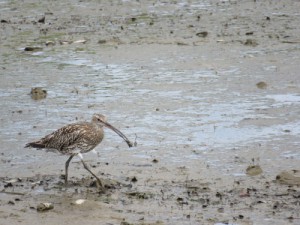 The kingfisher was not the only bird  I saw there. There were many waders too like this curlew feeding on the mud and the heron below. 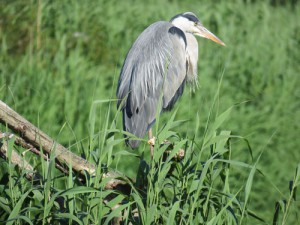 I came back the second day to look for that kingfisher again and after about ten minutes of waiting it finally arrived. It perched a lot further away from the hide than the previous day and sat on a not so photogenic metal pole, where it started to fish.

I blitzed the camera and managed to capture these shots. 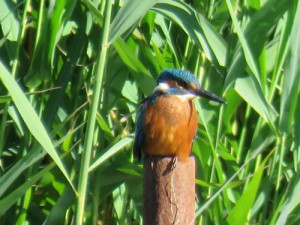 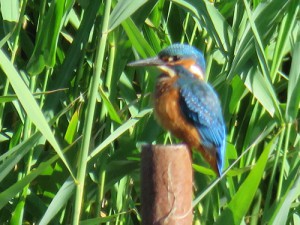 As you can see this final picture is slightly different ,you may have noticed the white jet of you-know-what coming from the kingfisher! Yes, I caught the kingfisher poo-ing! 🙂 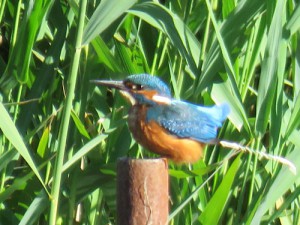