A few  months ago I made a Tawny Owl nesting box with my brother and my Grandpa.  We followed some guidance notes that we found on a RSPB site.  After getting permission from the owner of the wood near us we at last  managed to site the box a couple of weeks ago. There are lots of Tawny Owls around here. We hear them frequently.  I hope something will take up residence this year but who knows…

We made sure that the box had drainage holes and had some woodchip in the bottom.  It’s facing SE so that birds don’t have prevailing wind behind them when they come towards it.  It also has a pretty clear flight path to it. There are branches near the entrance so that owl young can perch near the box after leaving the nest. It’s about 2-3 metres off the ground. Dad helped to install it as it was pretty tricky. He had to balance on the ladder AND hold the box AND attach it to the tree!

I’ll keep you posted with news. 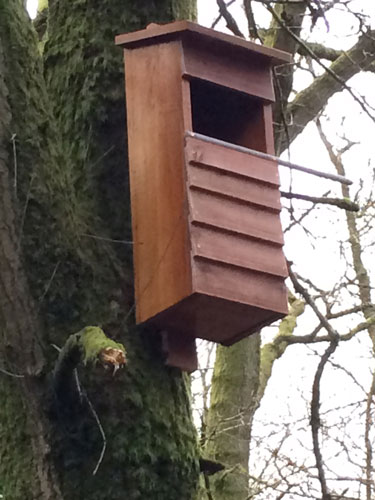 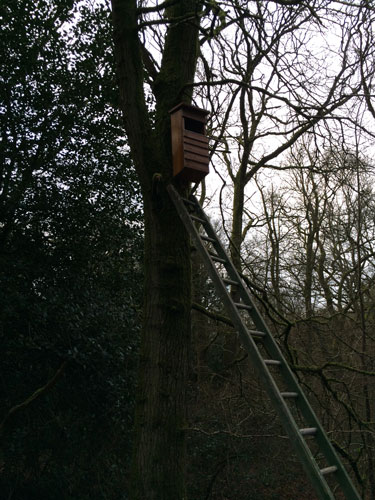