This week my family and I have been on holiday on the Gower Peninsula in South Wales. We were staying in Llanmadoc in the north west corner of the peninsula and could see the Loughor estuary across the sand dunes and salt marshes. We visited lots of different stunning beaches and bays and spent loads of time beachcombing and rock pooling. It’s always interesting what you can find. 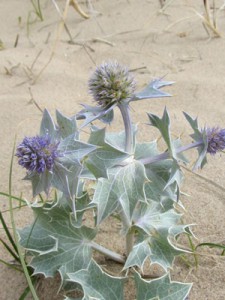 Sea holly in the dunes at Whiteford 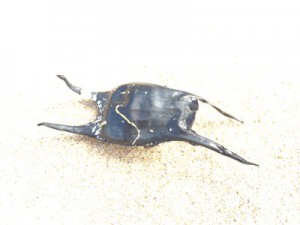 Mermaids purses or egg cases of some sharks and rays can often appear washed up on the high tide mark of beaches.  I found this mermaid’s purse along with a variety of razor shells on one of the most beautiful beaches – Rhossili Bay. 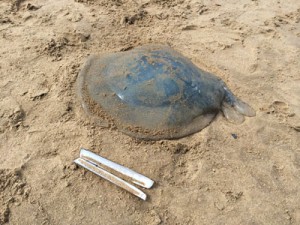 One of two large jellyfish we found washed up. This one was at Whiteford sands.

It was not just empty shells that were washing up. We also found two massive jellyfish washed up too. The one in the photo below was about 90 centimeters in diameter! After some investigation I think they are Barrel Jellyfish. 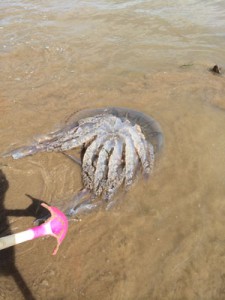 This one was larger and was at Port Eynon

Here are some of the other things we collected. They range from a fish vertebrae to whelk shells, other Mermaids purses and some interesting drift wood. 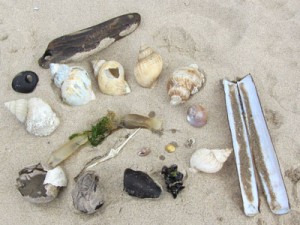 As well as beachcombing we also went rock pooling and caught a lot of different stuff; shrimps of varying sizes, blennies, crabs and hermit crabs. It was so much fun. 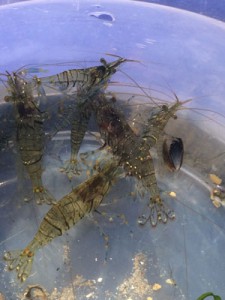 Notice the colouration of  the shrimps and blennies, some are sandy coloured (from sandy rock pools) while others are a more stoney grey (from deeper rocky pools)  it’s cool how they adapt to their environment. 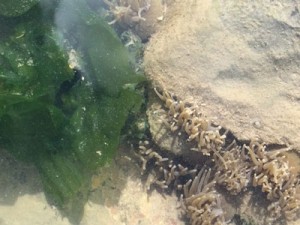 Anemones in the rockpools at Port Eynon