Magdalen Hill Down Nature Reserve run by the Butterfly Conservation Trust is a great spot for a day out near Winchester. 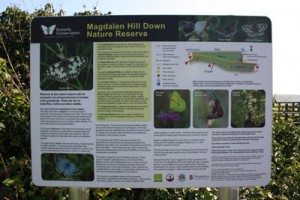 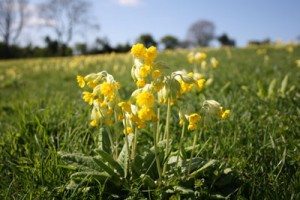 It is an unusual and interesting walk at this time of year due to the chalk downland hill being full of cowslips. Yesterday they formed a yellow carpet in the sun. 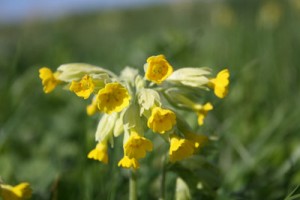 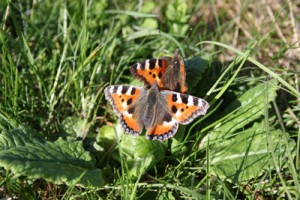 The meadow is also a great place for butterflies and skylarks. There are quite a few skylark nests in the meadow, most of which are in a specially fenced off areas to protect the ground nesting birds from dogs or people walking accidentally over them. 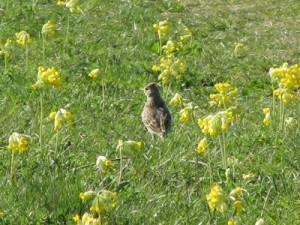 UPDATE: 14/04/2014 Very exciting news! My Grandma and Grandpa visited the reserve this afternoon and spotted this rare Swallowtail butterfly and got a great photo. 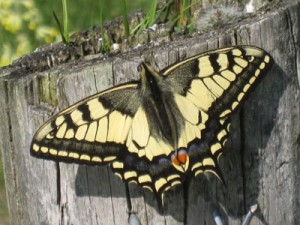 “It’s hard to tell but it does look like the continental form gorganus (britannicus is usually a bit darker, particularly around the tip of the forewings). There is a chance that someone has bred this in captivity and then released the adult (it’s earlier in the year than we might expect). But there’s really no way of knowing if it is captive-reared: it is in mint condition and would usually be a bit battered around the edges if it had been released. Continental swallowtails definitely bred in southern England last year and progressed to pupae in at least 2 locations – pupae are being watched to see if they emerge, but it looks like this one may have beaten them to it! Either way it’s a fantastic sight!”