Last week on a frosty morning Mum found an unusual thing. I had seen something similar on “Winter Watch” a few weeks ago. It’s called Frost Flower and apparently occurs for a short time in wet usually rotten wood on a cold morning. 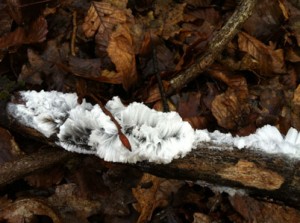 It looks really strange though and at first looks like a fungi or something. Doing some research I found that it actually isn’t even a frost deposit but is ice segregation formed when the air temperature is below freezing but the soil temperature is above freezing. Super cooled moisture in the dead wood moves to the surface and freezes. 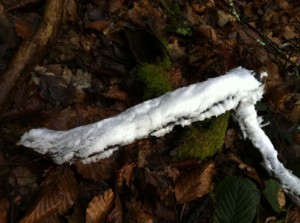