Last week was ‘badger tracking’ week in my family. We were all tracking and looking for potential signs of badgers. 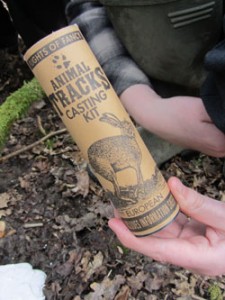 We found two abandoned setts and then finally stumbled across what appeared to be the latrine (with some fresh scats) and an entrance to a previously unknown sett.

At last!  A badger sett that is actually in use.  It’s not the most photogenic sett but it is one none-the-less. We found it while walking in an unexplored corner of the wood.  I named it the Briar Sett  because the entire sett has a thick covering of brambles.

Picture of the entrance to the Briar sett. 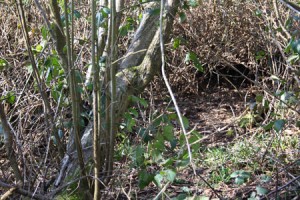 We set up the camera trap to see if we could capture some activity at night but unfortunately a branch that we had tucked away had sprung back in front of the camera lens so although we could see movement in the background our footage was not really useful. But we still got excited about the little black and white faces that could be seen. 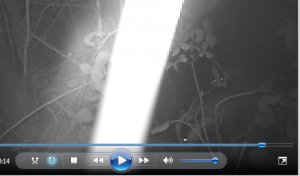 So, determined to succeed, once again I set out to put up the trail cam, but this time armed with secateurs. We were all so excited to see the footage we caught. Check out my “Image of  The Week!”